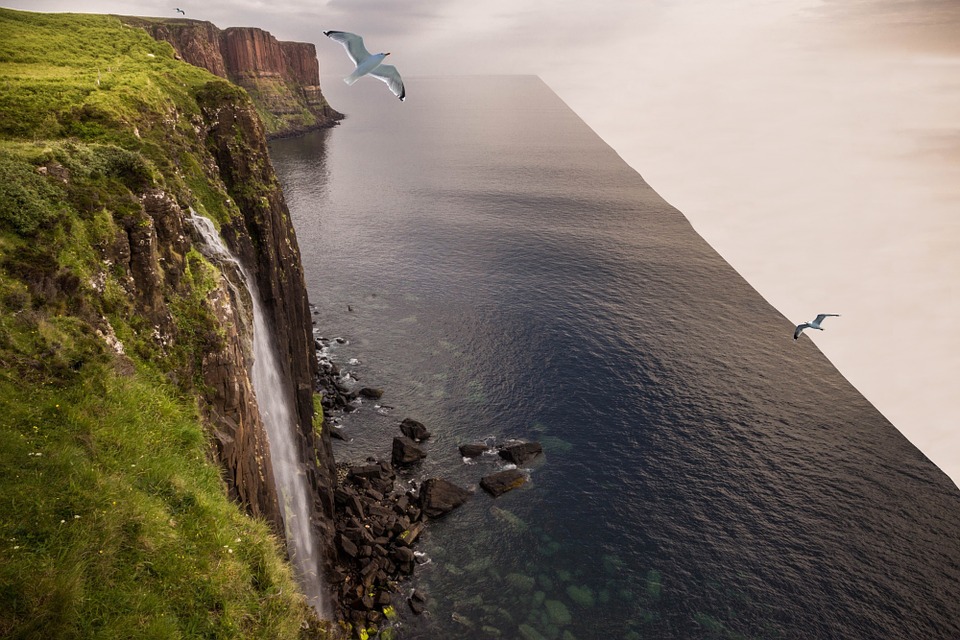 We are living in an age when information is no longer scarce. The Internet gave everyone access to the information. It was sold to us as an information superhighway. Think of all of the wonderful resources you have right at your fingertips with this fantastic, revolutionary technology. Then, interactive web tools came along and made it really easy for anyone to post content online. We moved away from broadcast media, where a single entity informs the masses, to a system where everyone has a voice. It’s a democracy of information. Finally, mobile technologies became practical, so those tools are now available to us wherever we are. 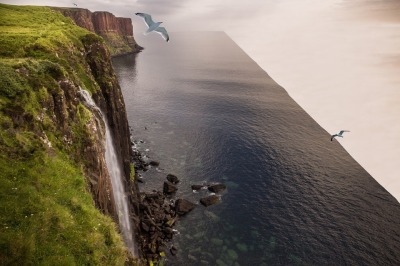 But there’s also a problem. We are overwhelmed by content. When I was in school, we used to struggle to find enough information to write cohesive research papers. Now, finding enough information is as easy as a Google search. We have to be able to filter that information to find the most relevant content, evaluate the accuracy and reliability of the content we’re finding from disparate sources, and build on that knowledge to spark new ideas and new solutions to complex problems.

You’re probably still with me at this point. If you’re working in higher education, you have an anecdote to insert here about kids these days thinking that “Google” and “Research” are synonyms. Many in K-12 are thinking I’m rehashing old ideas, because we’ve been doing all of these things for years and talking about 21st Century Skills since the 21st century started. If we’re sitting in a room having this conversation, this is the point at which someone will disparagingly refer to Wikipedia. After all, anyone can change it. How reliable can that be? Once we’ve made that turn, we’re off on a track that leads to me ranting about how Wikipedia is actually a pretty reliable source because of their insistence on citations and their transparency about where the information comes from. My challenge to Wikipedia haters is to change a basic fact on the site to be wrong, and see how long that lasts before someone fixes it.

But that’s not where we’re going today. I want to talk about something more important than whether your ninth grade English teacher will let you cite Wikipedia as a source.

What if you want to mislead people? Everyone on the Internet has a megaphone. Everyone can be a content creator. Everyone can be a publisher. Let’s say I want to convince people of something crazy. Maybe I want people to think that the Earth is flat. How would I do that?

I could start by referencing the ancient Greeks, who believed the Earth to be flat until the Pythagoras came along to cause trouble. I could also refer to ancient Indians (prior to the year 300), American aboriginal traditions, or China up until the 17th century. These were smart people, philosophers and scientists, and they wrote about the world being flat all the time.

I could reference 19th century literature by the likes of Washington Irving, whose romanticized history of Christopher Columbus includes the idea that 15th century Europeans thought he would fall off the edge of the Earth.  Or, I could write about the work of Samuel Rowbotham, whose “scientific” work in Zetetic Astronomy proved the Earth is flat in 1849. Moving to the modern age, I can reference the Flat Earth Society, which has been advocating for a flat Earth model since the days of Sputnik. Finally, I can top it off with 21st century author Thomas Friedman, by taking his best-selling book’s metaphor completely out of context.

Maybe I’ve convinced you. Maybe I haven’t. Now it’s time to fire up the social media machine. I start tweeting about the Earth being flat. I post conspiracy theories on Facebook, and make catchy memes about it. People tell me I’m crazy. They start arguing in the comments. They bait the troll. I shoot back. Now, I start focusing on the buzz. People are talking about whether the Earth is flat. Look at all these conversations on the Internet about the flat Earth. Why is big media assuming that the Earth is round? Where’s our equal time? Where’s our fair and balanced?

At this point, it’s time to discredit our own strategy. Anyone can put anything on the Internet. You can’t trust what you read online. We’ve been burned so many times by misleading and biased content that we’re quick to agree with the cynical view that everyone has an agenda. Everyone is against us. Those fact checkers who say the Earth is round? They have an agenda. They’re out to get us. The impartial media? They’re not so impartial after all. They only tell one side of the story. This so-called science that proves the Earth is round? Well, we all know what they say about statistics. You can make the numbers say anything you want.

Now, this is the part that’s new. It’s time to change the story. Many people believe the world is flat. Lots of people are talking about the flat Earth. The news reports the facts. The politicians cite the facts. The fact-checkers check the facts. But the facts have changed. Did you catch the subtle shift? People are talking. That is a fact. People believe. That is a fact. This politician said. That is a fact. The Earth is flat. It doesn’t matter if that’s a fact. It’s just the object of the talking and believing and feeling. So you can say things like “Lots of people think the world is flat” and “Flat Earth proponents feel like they’re underrepresented in media.” Both of those statements are true. But that doesn’t mean they’re going to fall of the edge of the planet.

Distinguishing between fact and opinion is a lot harder than it used to be. We have to teach our children (and our parents, and our peers) to recognize those triggers of “feel”, “believe”, and “think”. Opinions are valuable. Beliefs matter. They shape our view of the world, and our actions in it. But people can be wrong. If one wrong person convinces 99 others, then we have 100 wrong people. The fact that there are 100 of them doesn’t make them less wrong, even if they feel like they’re not being heard. It’s a lot easier now for a few people to use “feelings” to mislead others. Part of being an informed digital citizen is recognizing when that’s being done to us.

Post script: Did you notice that almost all of those links about the flat Earth go to the SAME Wikipedia article? The links may make the text look more reliable, but cited sources are only as good as the person checking them.